I have enjoyed reading several of my friends blogs and have decided to give it a try. This may be a few post wonder until the urge passes but I am hoping to keep it going all ride season.

Today I took the three dogs, Ike and Sharif to my new favorite riding spot. Super easy parking, enough rock and gravel to condition the horses feet and rolling hills make it a perfect afternoon ride. It was Ari's first trail ride and Sharif's 3rd. It was rough going at the start as Ari is scared of the horses and I had to carry her away from the rig before she would follow us. I had plans to ride with friends but life happened and Bob was thinking about coming but needed to do other things so it was just me and my babies.

Here's Ari. She got more confident throughout the ride and had a blast. By the end she actually came within 20 feet of a horse lol. 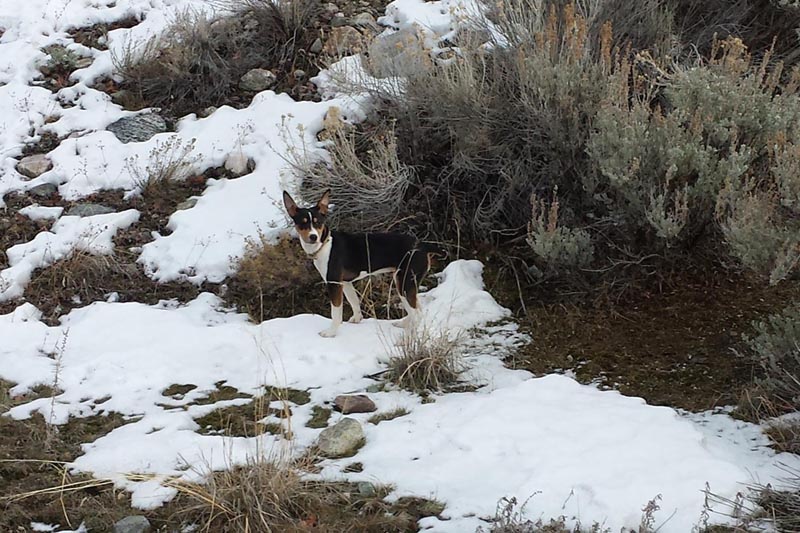 Sharif started out on the pony line like normal but today we decided to try something new and turn him loose. He was fabulous! We were trying to find a new trail but ended up on a dead end and made our own. Sharif though Ike and I were nuts as we weaved through rocks, sage brush and kept heading up the hill. We found another trail that led to the canal road where the real fun started. Sharif had trotted on the lunge line before but had not moved out much on a trail ride. Today we had a great time trotting. Without my input the horses took turns leading and following. 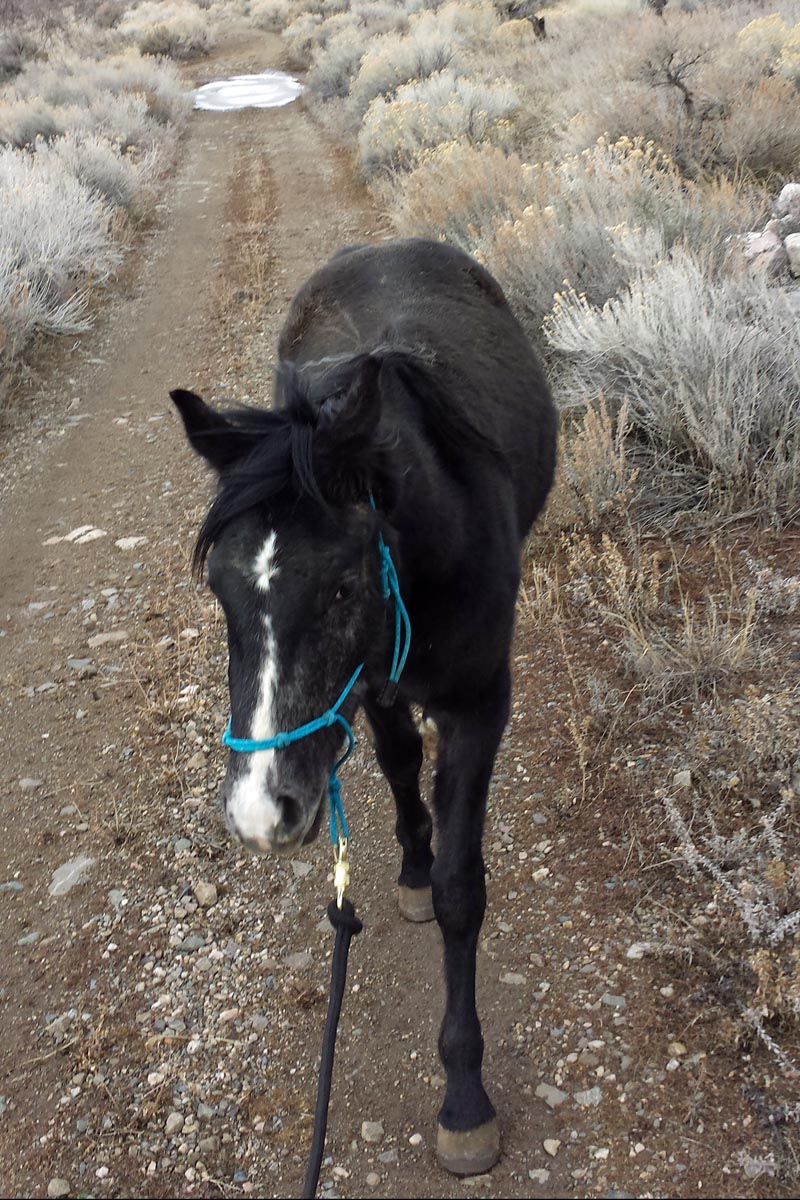 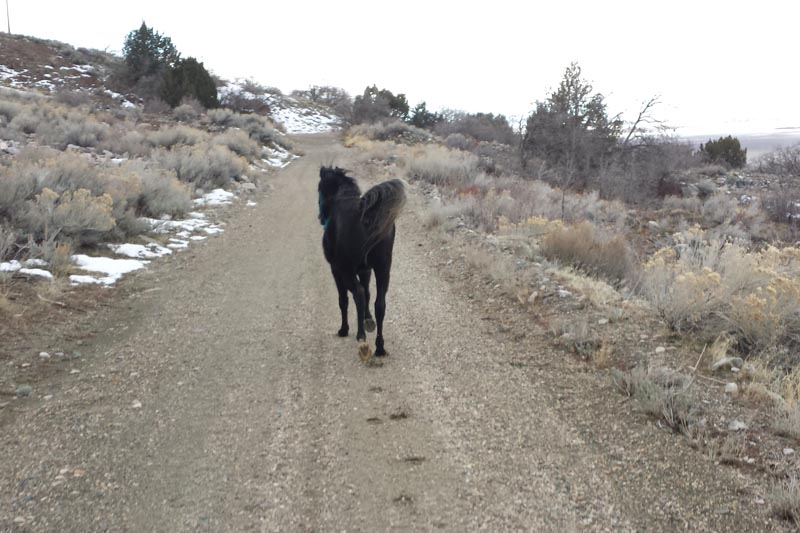 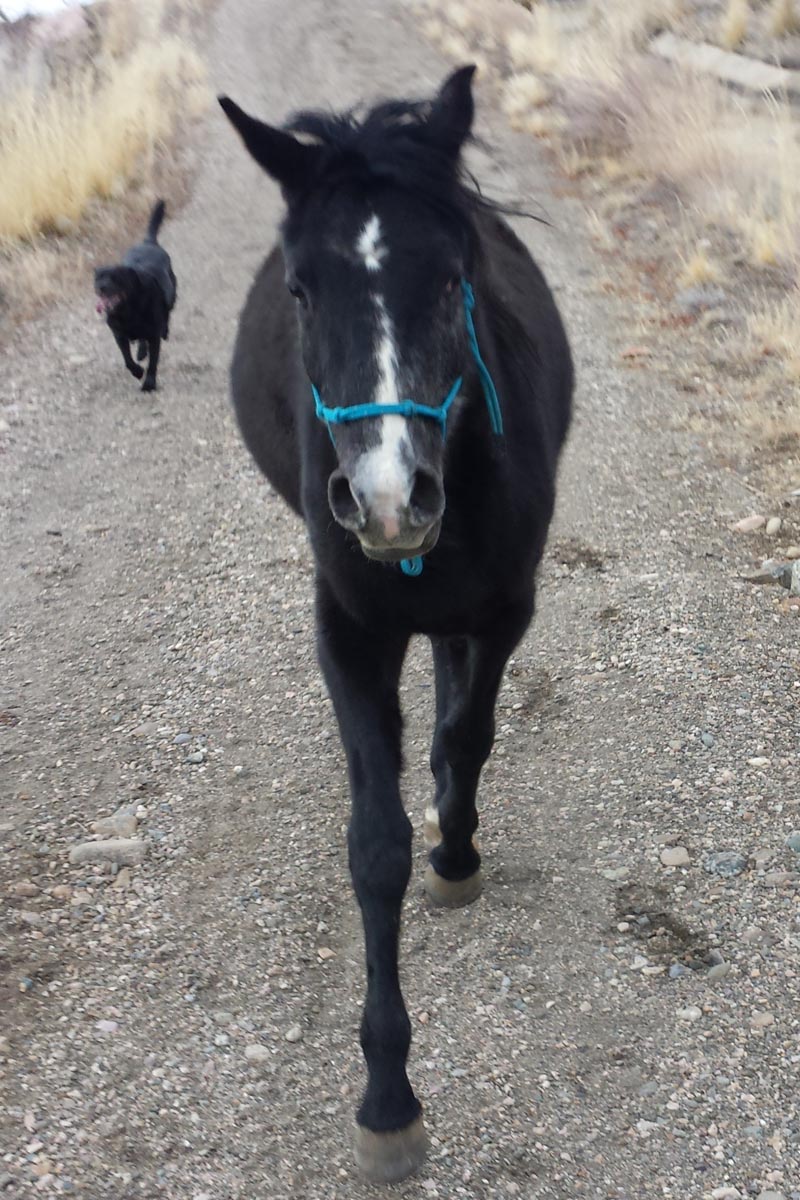 Their favorite part was cantering up a hill. They got slightly carried away and Ike did not want to slow down. We went through an old gravel pit and did some trotting in circles. Sharif followed Ike and the mirrored his movements. I really wished someone else was there to take a picture of that. 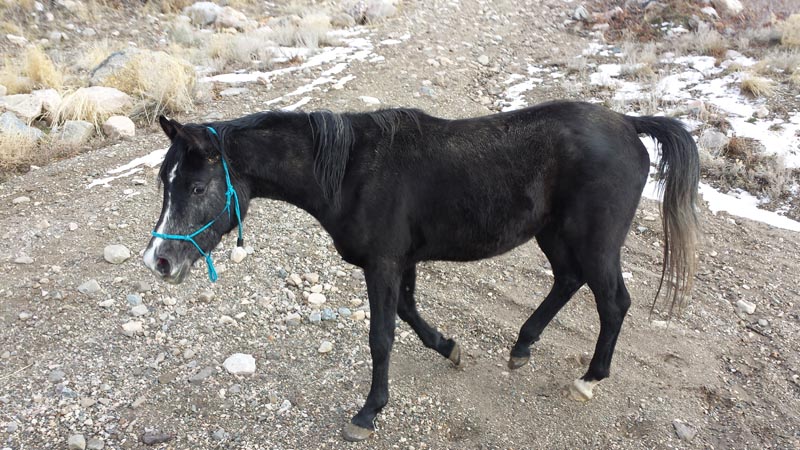 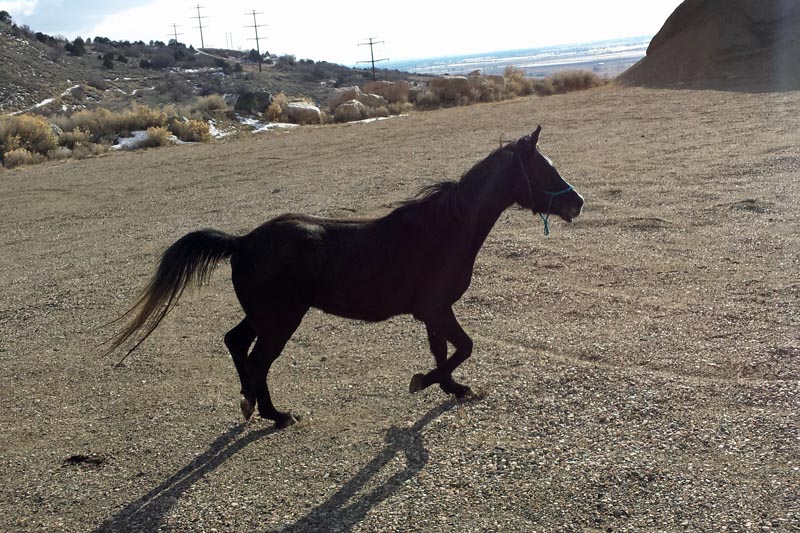 Then back down the hill through the rocks to the trailer. We had to stop near the bottom for more pictures and a grass break. 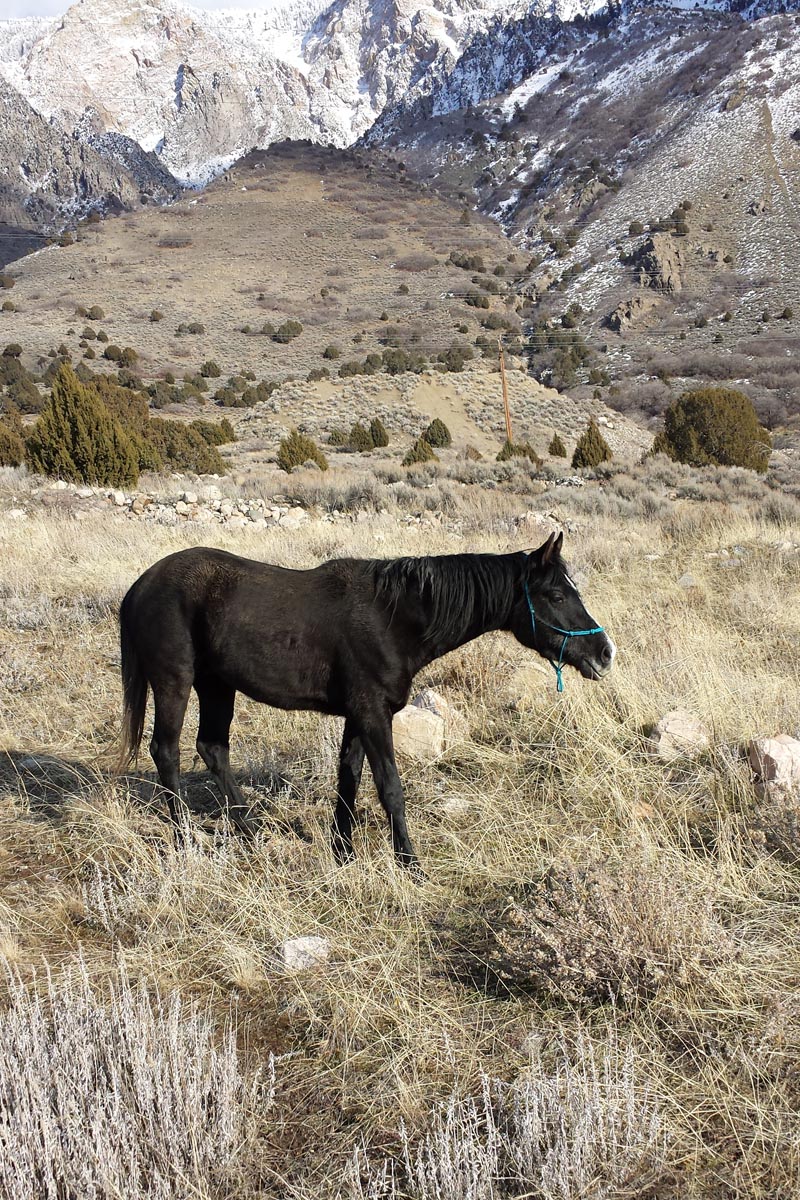 So glad I went out. I have not been out "alone" in a long time but with so many four-legged buddies I was anything but alone. Sharif did fantastic and stayed with Ike the whole way back to the trailer. I can't wait for Sharif to grow up and start his endurance carrier. I'm really enjoying the experience of starting a baby again and especially one with such a good brain and no health problems. 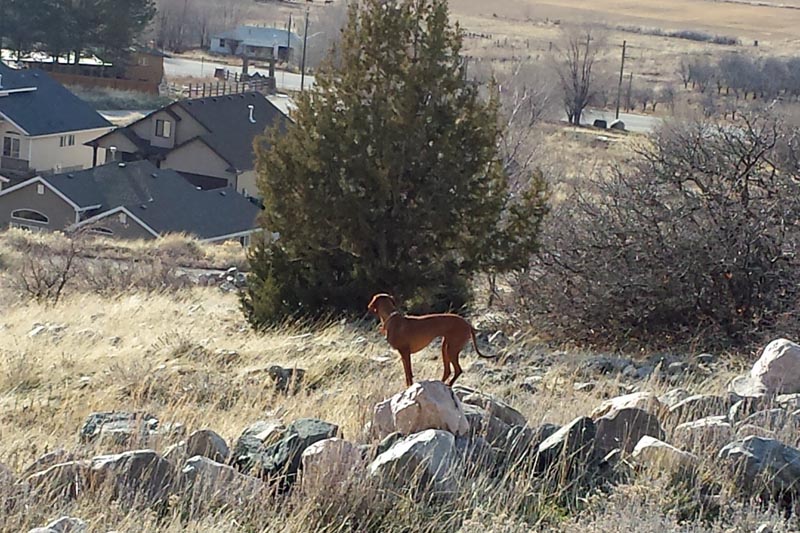 Now back to sewing. I tried something new this morning and made a baby blanket with fancy corners. I guess I am feeling spring and baby's as my mares belly is starting to grow. Next I will see how the edging holds its shape through the wash. On to make something else :)